Steel's in his heart and his art 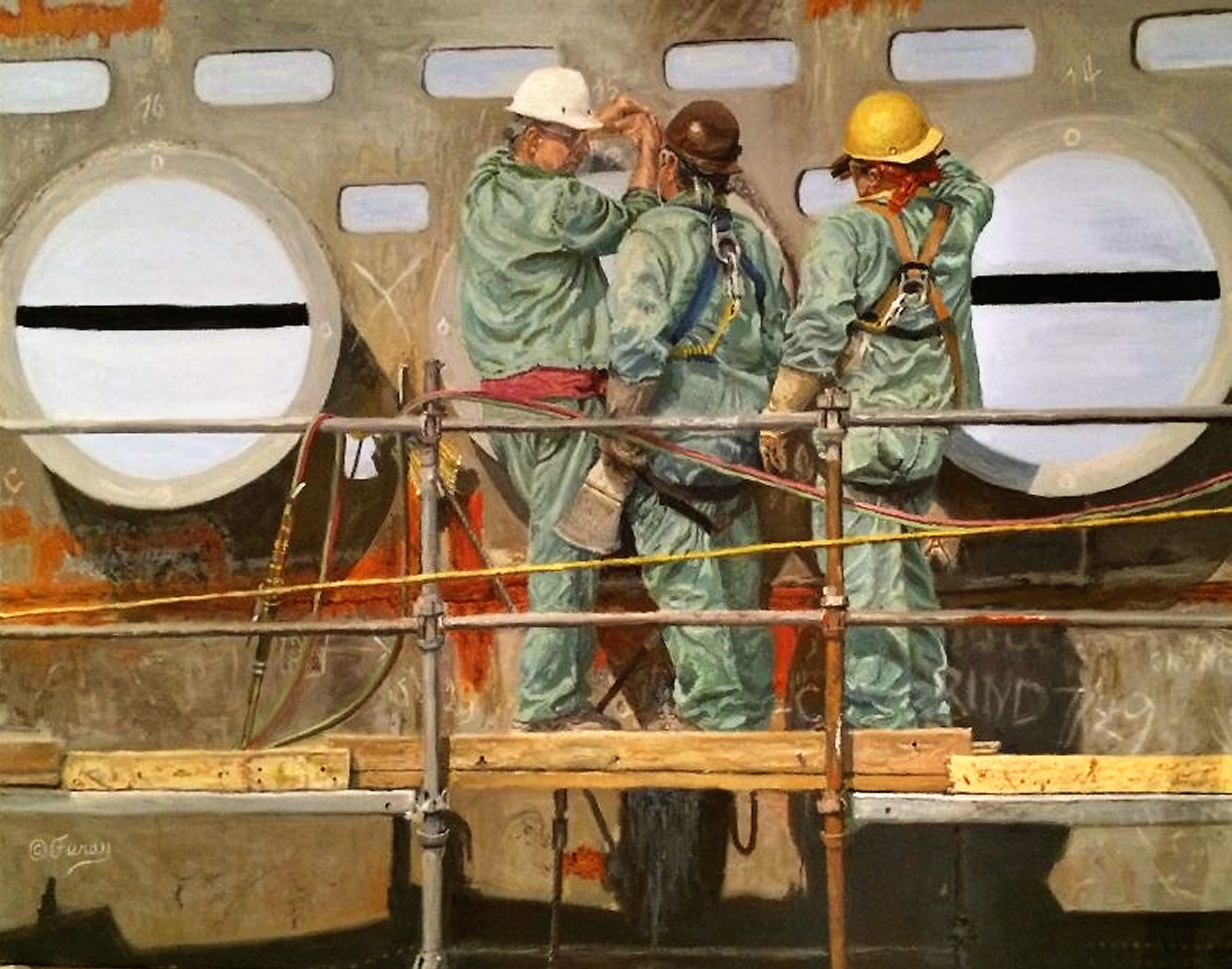 You can call Tom Furey a steelworking artist, or an Artistic Steelworker.

“I started in the mill (at U.S. Steel Fairless Works) for college money and thought I’d quit for good after I graduated,” the former Local 4889 member said. “But two weeks after graduation my mom said the mill called. ‘They want you back.’ I couldn’t refuse. It was such good money.”

After 42 years as a third-generation Steelworker, Furey has hung up his steel-toe boots for a painting brush.

Furey’s not kidding, either. He has an impressive gallery on his own personal website (www.tom-furey.com) and his painting “Safety Huddle,” an oil painting on canvas, depicts Steelworkers on the job. It was accepted into the Art of the State exhibit in Harrisburg, Pa., this year. Only 104 works from nearly 1,800 entries were picked.

Furey paints images that reflect moments of time in his life and cover a wide variety of subject matter.

“Safety Huddle” Oil Painting on Canvas is actually from his days at U.S. Steel Gary Works where he traveled back and forth for two years when he was helping with training for the No. 14 Blast Furnace build. Furey also has a painting titled “Cold Train,” which depicts a setting outside the U.S. Steel Fairless plant as well as "Team Work", which shows a group of Steelworkers slinging a Gantry Crane part that has been unloaded from the large green ship in the background.

“It is a typical scene in the steel industry and part of everyday work for these men to work together to get the job accomplished,” Furey said. “Just the physical size and weight of everything they are handling makes this job dangerous. Together they get it done.”

Furey is a father of four and grandfather to five and both his father and grandfather, also named Tom, were Steelworkers.  He has a son-in-law working at the U.S. Steel Fairless plant.

Furey, who is also a fully crafted goldsmith, started as a laborer and worked everywhere from the blast furnace to the open hearth before getting an electrical apprenticeship in Fairless. He said he taught himself computers on the job at the mill and got into the graphic illustration side as well. He helped set up the computer network for the ICD program in Fairless Hills before leaving the steel industry in 2013.

“I could pick a Steelworker out of a crowd,” Furey said. “We’re all old-school kind of people.