From Our Own Backyard: James Ribley, Esquire 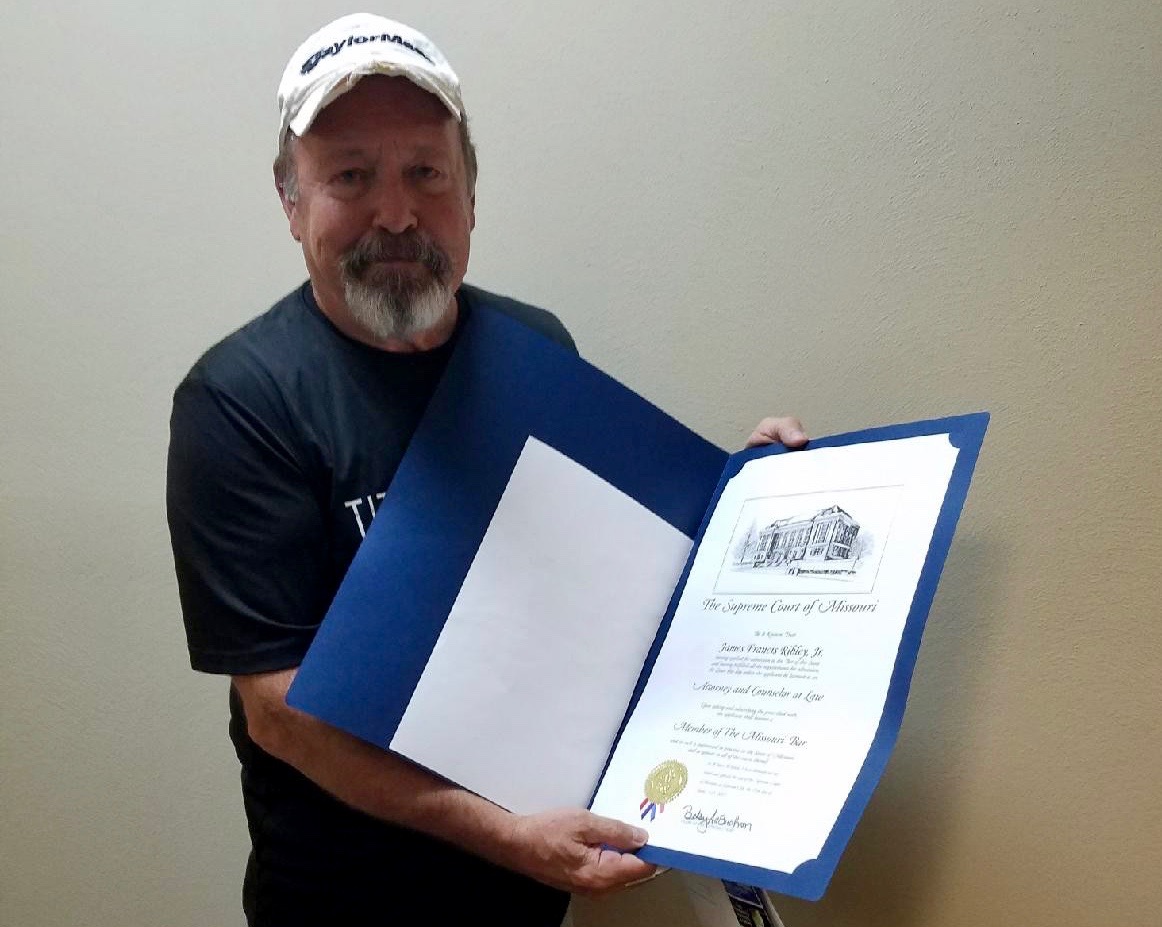 When Jim Ribley’s wife passed away in 2003, life suddenly, as you can imagine, became a struggle. He knew he needed a spark to help get things turned around.

“I was at work and saw a flyer for ICD on a table,” Ribley said. “I knew I needed something to help occupy my mind and I figured, ‘This could work.’ “

So, using his Tuition Assistance benefit available to him through Career Development, the USW Local 68 member started taking classes at a local junior college.

To say it worked out is an understatement.

After taking the first steps 14 years ago, Ribley just recently passed the state bar exam in Missouri after earning his law degree from St. Louis University in May of 2016. He was sworn in by the Missouri Supreme Court in April of this year.

“I saw that flyer at exactly the right time in my life,” Ribley said.

A Steelworker for more than 40 years, Ribley has some specific plans for his post-retirement future, whenever that will be.

“I am in the process of trying to set up a law practice,” he said. “I want to work with veterans. I’ve always had a special place in my heart for veterans.”

That’s because he is one.

Ribley spent four years in the United States Marines Corp out of high school and fully expected to pursue a college education, but as it happens, life took over and those plans got put on hold.

“I guess in the back of my mind I always knew I would go back,” he said. “Once I started back, I just kept going. I didn’t want to stop.”

Ribley has applied to the Department of Veterans Affairs for accreditation to counsel and advise veterans. Now he hopes to be able to take what he’s learned to make a difference for fellow veterans.

Just as Career Development has made a difference in his life.

He specifically credits former ICD Coordinator Linda Bardelmeier and current Coordinator Marshall McElroy for the encouragement and help along the way.

“It’s one of those things that when you start it, it’s so far out there that I couldn’t imagine it,” Ribley said.