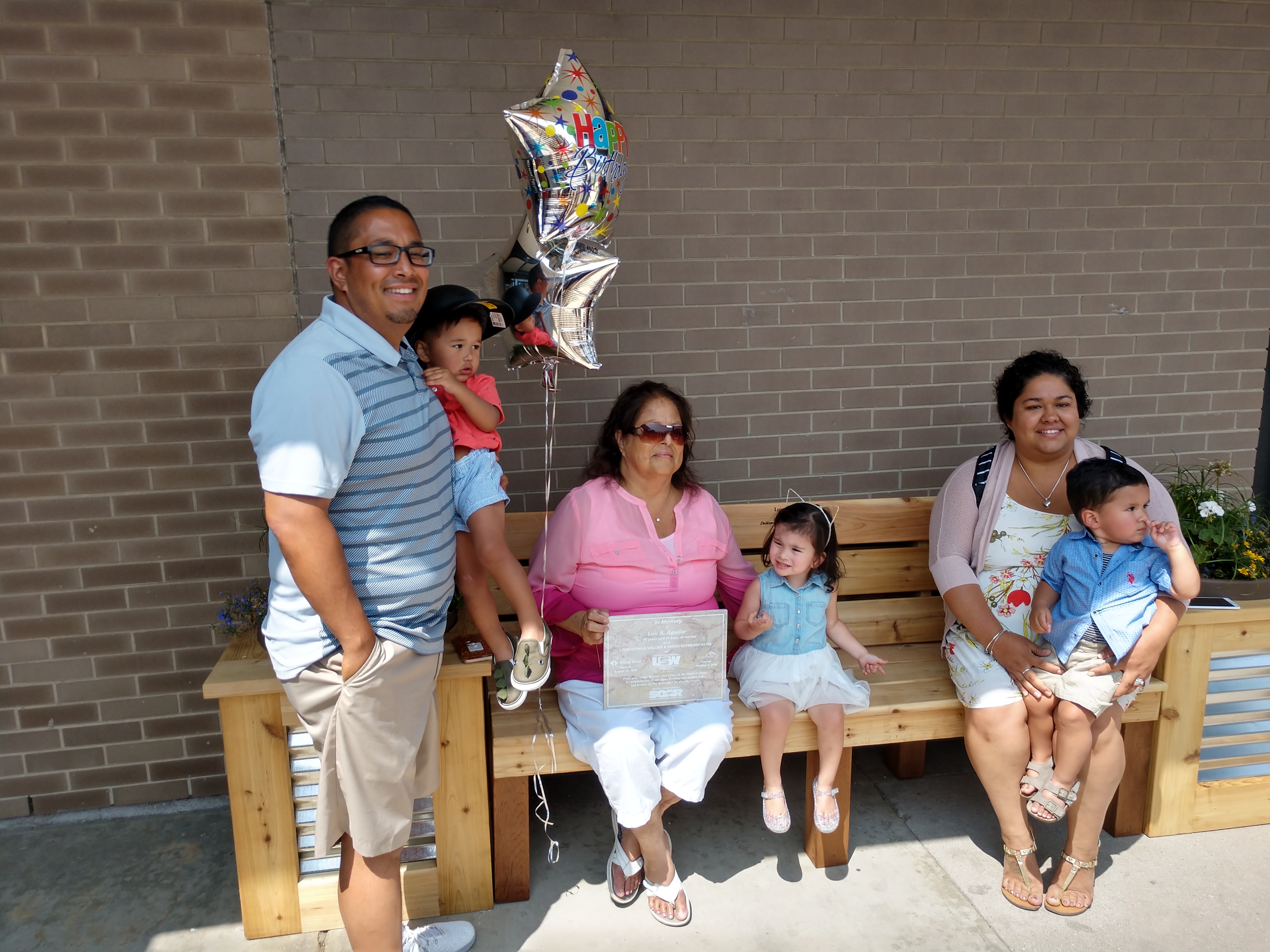 Luis Aguilar is gone, but will never be forgotten.

That was evident by the turnout at his dedication at USW Local 1010 on Tuesday.

The veteran Steelworker passed away suddenly on October 7, 2018. Aguilar spent 48 years and 41 days in the steel mills of East Chicago, Indiana.

The USW Local 1010 members, through the ICD program at Joblink, built two benches and planters in honor of Aguilar, a friend of the ICD program, and hundreds of others.

“He made a lot of sacrifices to be a leader in this local, and he was a darn good one,” USW 1010 President Steve Wagner said. “He pushed our young workers to be the next generation of Steelworkers, and he mentored us old representatives as well.”

Aguilar served many roles and wore many hats over his career. Over the years he was a contract coordinator, dealt with civils rights and training, was a grievance officer, and was an advocate for Women of Steel.

“We are so, so grateful to (Local) 1010 and the Steelworkers,” Aguilar’s wife, Cynthia said. “1010 was there to support our family through it all. They would visit and really gave us strength. Without them we would have been lost.”

The engraved benches and planters will be a part of the Local 1010 headquarters for years to come. The strong turnout, which included co-workers, friends, and family, showed what an impact Aguilar had on anybody he met.

Away from the mill, Aguilar was known around the area for coaching baseball. He spent decades as an assistant high school coach at Lake Central and Griffith, even coaching his son, Sal, back in the day.

“We coached for many, many years together,” said former Lake Central and Griffith head coach Todd Iwema. “He is one of the best people I’ve met through baseball in my 40 years in the sport.

“The players absolutely loved him. The players, coaches, and myself were fortunate to be around him. I wish I could share one great memory, but there’s too many to talk about. He was a great man.”