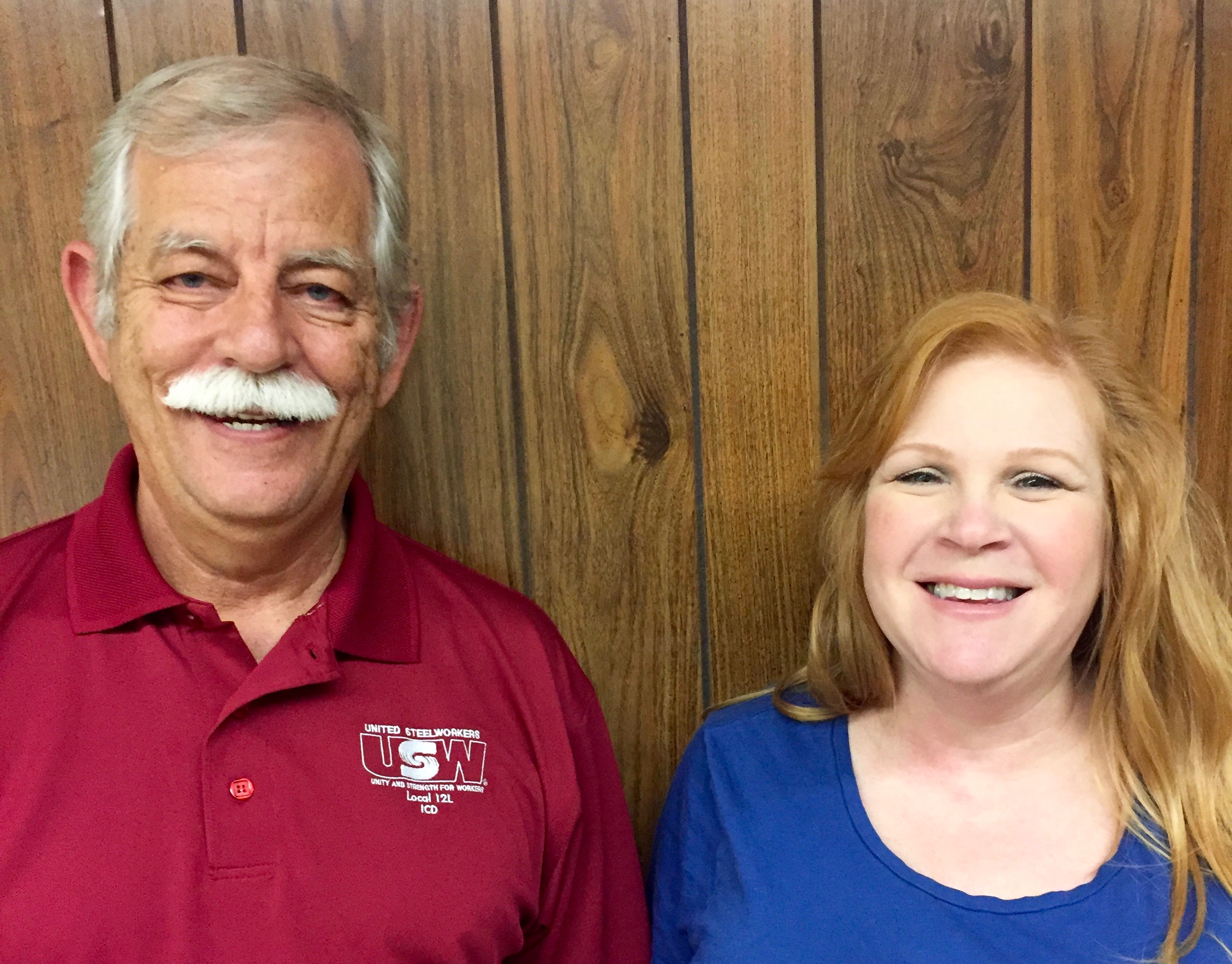 After more than five years serving the members of USW Local 12 as ICD Coordinator of the USW/Goodyear-Gadsden Career Development Program, Bruce Phillips is retiring at the end of November.

Jackie Crowe, selected as his replacement, is already on the job, working side-by-side with Phillips until his departure.

Phillips became the ICD Coordinator on March 1, 2011, after 38 years working inside the plant. His last position was Union Training Coordinator. Both Phillips and Crowe will attend the ICD National Conference in Mobile so make sure to bid a fond farewell and offer a hearty welcome when you see them!

That won't be the only change, however, as the program is moving to its new home in the Local 12 union hall effective Dec. 1.

The plant has had approximately 100 new hires in the past year or so, which Crowe says makes for an exciting future.

"I just hope to see it grow," she said. "There are so many new hires, that we want to try and get some of them taking a class. Some people look at education as something they don't really need to continue, but there is something out there for everybody."

The move to the union hall will help alleviate the program of rent payments while also putting them within arm's reach of members who visit the hall, a win-win.

"People will come in to get something else and then they'll hear something oversaid and the next thing you know, we will be able to give them something they want," Crowe said.