All Hands on Deck for this Steelworker 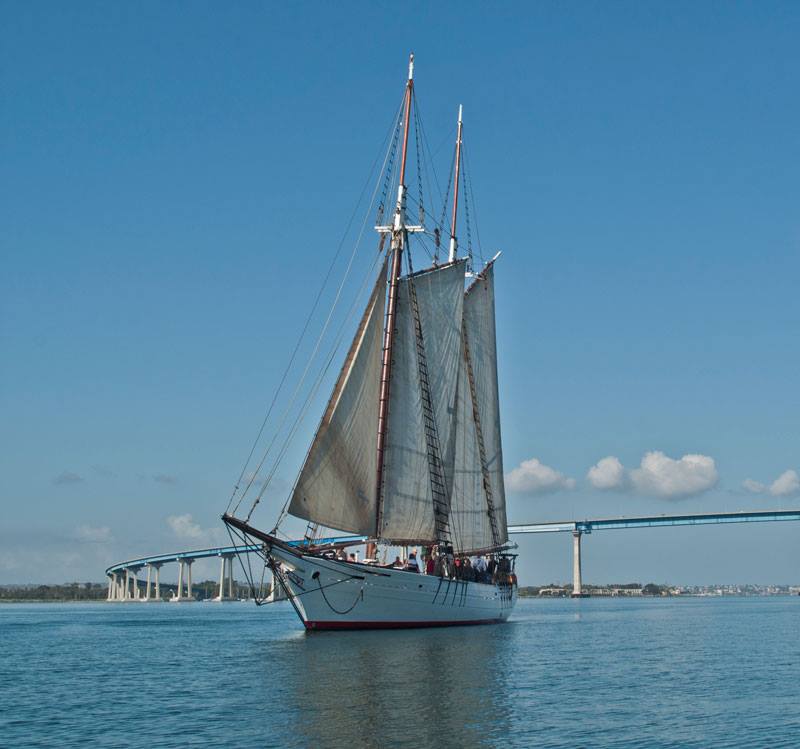 Retired Steelworker William “Chip” Ostenberg was docked on his boat in sunny San Diego, drinking coffee with his wife of 47 years when he saw the “Bill of Rights” schooner at a nearby dock.

He saw people working on the ship, so the former USW Local 1010 member went over and asked how he could get involved in the restoration project for the enormous sailing vessel originally built in 1971.

The rest is history. Literally.

“When we first started there had to be 1,000 things to fix after the Insurance inspection. There were tasks the crew had to complete before the Coast Guard would approve it as a commercial vessel,” Ostenberg said. “Since then, we've passed all the inspections and are operating."

Ostenberg, an Army veteran who spent 33 years in the steel mills of Northwest Indiana, grew up on a ranch in Colorado. He says his dad had a woodshop where he “played around with the tools.”

However, it wasn’t until he became a Steelworker that his craftsmanship took off.

“I honed my (woodworking) skills at (ICD’s) JobLink (Learning Center) in East Chicago, Indiana,” Ostenberg said. “(Instructor) Dale Meiners was a huge part of it and what I’m doing now.”

Ostenberg, a Vietnam veteran, and his wife, Rae Ann, reside in Kenosha, Wis., and spend part of their winters in San Diego to help with the renovation of the mighty “Bill of Rights”, which is going on seven-plus years. The entire project is based on volunteers and donations. Ostenberg said it takes between $5,000-$6,000 a month just to keep the project going.

When he was still a Steelworker he utilized the ICD benefit not only for woodworking skills, but small engine repair, motorcycle repair, computer repair, and even took a machinist course at Ivy Tech before retirement.

All acquired skills, he gained using his ICD benefit, helped him on the renovation project.

Right now, thanks to knowledge obtained from JobLink instructor Bill Needles, Ostenberg was able to laser engrave an image on wood so he could recarve it on the Bill of Rights. The image is of painted leaves, vines and acorns – all in gold paint (see images below).

The Bill of Rights, which was originally built in Maine in 1971, has traveled the Atlantic, Pacific and Panama Canal, among other waterways.

Today, it’s used by the South Bayfront Sailing Association for cruises, whale watching tours, weddings, funerals, corporate outings, and even fireworks on the 4th of July. It is the Tall Sailing ship for the Navy's Sea Cadet Training program.

“When you have your fingerprints on a boat – it just feels awesome,” Ostenberg said.

“When you see the fruition of labor ending up being so important, especially when you get to the later years in life like me, you know you’ve made a difference.”